I recently wrote a post about the decision by NICE to no longer recommend acupuncture for lower back pain. This decision was made because, like most alternative medicine, acupuncture hasn’t been shown to work any better than a placebo. However, plenty of people use and get benefit from such treatments. This raises an interesting question: is there a place for complementary and alternative medicine (as a placebo) in the clinic? 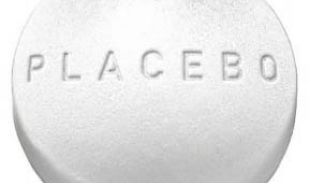 As I have previously written, most complementary and alternative medicine works purely on the placebo effect. People argue that alternative medicine should be allowed to be prescribed, because if the placebo effect helps someone, then that justifies its use. Indeed, here in Glasgow we have an NHS funded “homeopathic hospital”, and if it helps people, why should we stop that?

Unfortunately it’s not that simple. If a doctor prescribes such a therapy, it has the effect of offering a medical credibility to the therapy that doesn’t work. This may not sound like a big problem, but it is. There are many examples of people eschewing mainstream medicine for “natural” alternatives and herbal remedies.

A court in Canada, for example, recently convicted the parents of a child who died from meningitis after they consulted a naturopath rather than a medical professional. The naturopath recommended the parents give ecinachia to their dying child. This isn’t an isolated case; it’s worth visiting the What’s the Harm website to see the toll that belief in pseudoscience can have.

The reality is that if a doctor prescribes acupuncture for pain, then a patient is more likely to believe the plethora of false claims that an acupuncturist may make (including it being effective against diabetes, heart attacks, cancer and even ebola). This in turn increases the risk of patients postponing or declining evidence-based conventional treatment when it is needed. It was recently shown that women who were using certain alternative therapies were less likely to start chemo for their breast cancer. Regardless of whether someone benefits from the placebo effect given by an alternative therapy, it is simply not ethical to legitimise it as a practice. Furthermore, it is perfectly possible to give a placebo that does not come with the added nonsense, which brings me on to my next point.

In 2008, the American Federal Trade Commission made a ruling on the use of the Q-Ray Ionised Bracelet in medicine. The makers argued that they could claim it was a cure for chronic pain because, like acupuncture and other alternative medicine, it exhibited the placebo effect. In his ruling on the case, the judge said the following:

“Like a sugar pill, it alleviates symptoms even though there is no apparent medical reason. Since the placebo effect can be obtained from sugar pills, charging $200 for a device that is represented as a miracle cure but works no better than a dummy pill is a form of fraud.”

When we can get the same or similar effects from a far cheaper placebo, then a doctor prescribing alternative medicine is ripping off their patient or the NHS. With already stretched resources, it is scandalous that the NHS pays £1.33 million per year to the Glasgow Homeopathic Hospital. People spend a huge amount of money on alternative medicine (it’s a $34 billion industry in the US), a product that doesn’t work, and is also completely unregulated.

The unregulated nature of the industry is something that people are generally unaware of. Numerous studies have shown that alternative remedies regularly contain contaminants like toxic metals, pharmaceuticals, insects, rodents, parasites, fungi, pesticides and other fillers. These contaminants have led to serious illness is many cases, and several deaths. Prof. Edzard Ernst (former Chair in Complementary Medicine at the University of Exeter) has written extensively about this topic and is a good place to look for more information.

The placebo effect has a significant role to play in health care. It can undoubtedly improve subjective symptoms in a number of contexts. However, while any effect alternative medicine has can be explained by placebo, the industry claims that it does much more than that. Couple this with the unregulated nature of the products and the expense involved, and it is clear that alternative medicine should never be given legitimacy by the mainstream medical community. I’ll leave you with this quote from Tim Minchin:

“By definition”, I begin

“Has either not been proved to work,

Or been proved not to work.

Do you know what they call “alternative medicine”

That’s been proved to work?