Skip to content
HomeDoes the “Mozart Effect” exist in adults?

It used to be thought that listening to Mozart when pregnant or when a child was under three made for smarter babies. This has been thoroughly disproven 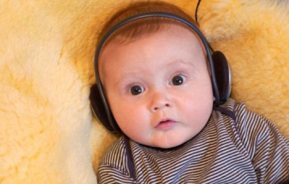 Sadly, the blame only partially lies with the tabloids. It was the press release that accompanied this paper that made a lot of the exaggerated claims that were repeated in the Daily mail article, including the dementia one. While the tabloids did exaggerate the claims, the press release opened the door by suggesting a link to neurodegenerative diseases.

This problem of a bad press release isn’t an isolated one apparently. A study from the University of Cardiff recently suggested that most poor science reporting is as a result of a bad press release. Journalists do, however, further exaggerate claims from these press releases. While it remains the case that News Outlets have a responsibility to check the claims of their sources, this obviously highlights a major issue in the communication of science to the general public. I may expand on this in a future blog, but for the time being it is safe to say that the “Mozart Effect” is still firmly in the domain of rubbish science.

What’s wrong with the study?

In this study, the authors try to address what effect listening to music has on the global activity of the genes. It is a very good example of what we call in science “a fishing trip”, which is a broad experimental approach that will give you a big amount of data to see what you can get from it. It is actually not in the scope of the study to research a link between classical music and dementia, and the paper does not conduct any experiments to explore that.

The authors look at gene expression in the blood (assuming that this is the same as the gene expression in the brain, which is not the case). They divide their sample in “highly musically educated people” versus “less musically educated people” and compare their blood after listening to 20 minutes of classical music versus 20 minutes of conversation. In the less musically educated group they discard the changes they see because they are not “functionally relevant” (great, discarding data because you can’t make sense of it). In the more musically educated group they do find “functional relevance” based on small changes in a small subset of genes; changes that they do not confirm by any other technique.

So where does dementia fit in to this? One of the 97 genes they found to be changed has previously been associated with neurodegenerative diseases. This is essentially nothing.

So to conclude, the authors (a) study the wrong samples (b) to come up with conclusions their data didn’t back up and (c) didn’t confirm their findings in any other way, which is something you learn to do on your first day in the lab. Good science guys.